Urshan is committed to excellence in education that is based on Christian values and standards. UC believes this goal can only be achieved in an environment free of discriminatory behavior, sexual harassment, or retaliation. Discriminatory behavior, sexual harassment, and retaliation undermine the mission of UC and UGST. The intent of Urshan is to provide an environment for students, employees, and faculty that is free from these practices.

Discrimination, harassment, and retaliation of any form are a violation of a person’s rights, dignity, and integrity. Such acts debase the integrity of the educational process and are contrary to the mission and values of Urshan. In response to any reported misconduct, the administration will take appropriate steps to eliminate the misconduct, prevent its recurrence, and address its effects. Urshan will review and investigate all reports, and provide for fair and impartial evaluation and resolution. Retaliation is prohibited against a person who makes a report of discrimination or harassment.

Several Federal, State and local laws prohibit discrimination and harassment in employment on the basis of legally protected characteristics. In addition, Title IX of the Federal Civil Rights Act, and the Federal Clery Act, prohibit discrimination, including harassment and violence, on the basis of gender and sex in federally funded educational programs and activities.

In employment, in access to educational opportunities, and in all other areas of life, Urshan prohibits unlawful discrimination and harassment on the basis of race, ethnicity, color, national origin, age, religion, disability, gender, marital status, and other characteristics protected by federal, state or local statute or ordinance.  Because Urshan is a Christian institution, the institution may, under the Free Exercise Clause of the First Amendment to the Constitution of the United States and various relevant statutes, lawfully discriminate on the basis of religious and confessional criteria in its employment and educational practices. One example is Urshan’s use of Apostolic doctrine and faithful church attendance as conditions of employment for faculty and administrators with faculty status. Another example relates to sexual conduct. Although it is the institution’s policy to assure equal opportunity in its hiring, personnel practices and admissions without regard to marital status, sexual relations outside of marriage are prohibited. Marriage, as understood by the UPCI is a sacred union between a man and a woman.

In addition to prohibiting discrimination on the basis of disability, Urshan is committed to fulfilling its legal obligations to provide accommodation. A disability is a physical or mental substantial impairment that significantly limits or restricts a major life activity such as hearing, seeing, speaking, breathing, performing manual tasks, walking or caring for oneself.
Urshan is committed to providing qualified students with disabilities with reasonable accommodations and support needed to ensure equal access to the academic programs and activities of Urshan. Requests for an accommodation should be directed to the Academic Dean of the individual school a student is attending.
Urshan is committed to providing reasonable accommodation(s) to all qualified employees with known disabilities, where their disability affects the performance of their essential job functions, except where doing so would result in undue hardship on the institution. An employee with a disability who needs an accommodation to perform the essential functions of his/her job should contact the Executive Vice President to make such a request.

Harassment is defined as unwelcome verbal or physical conduct that is sufficiently severe, persistent or pervasive such that it unreasonably interferes with, denies, or limits someone’s employment access, benefits or opportunities, and/or the ability to participate in or benefit from Urshan’s educational program and/or activities, or constitutes retaliation.

Examples of harassment based on actual or perceived membership of a protected characteristic, whether race, ethnicity, gender, age, or any other protected characteristic include, but are not limited to: epithets, slurs, denigrating jokes or negative stereotyping; threatening or causing physical harm, extreme verbal abuse, or other conduct which threatens or endangers health or safety; written or graphic material that degrades or shows hostility or aversion; pranks or horseplay intended to embarrass or humiliate; imposing submission to unwelcome verbal or physical conduct; stalking, bullying, hazing; any other action that is motivated by the actual or perceived membership of the victim in a protected class.

Although many acts of sexual misconduct can be addressed within a general nondiscrimination and harassment policy, federal regulations require institutions of higher education who receive federal funding to address with specificity sexual misconduct. Sexual misconduct includes, but is not limited to, the following prohibited conduct: sexual harassment, non-consensual sexual contact, non-consensual sexual intercourse, sexual exploitation, and consensual romantic and sexual relationships between people of unequal power.

Retaliation, also called retaliatory harassment, is any adverse employment or educational action taken against a person because of the person’s participation in a complaint or investigation of discrimination or harassment of any kind. Retaliation against an individual for alleging harassment, for supporting a complainant, or for assisting in providing information relevant to a claim of harassment is a serious violation of Urshan policy. Individuals who engage in such actions are subject to discipline up to and including suspension or dismissal from school, consistent with the institution’s procedures. Acts of alleged retaliation should be reported immediately to the Title IX Coordinator. Urshan is prepared to take appropriate steps to protect individuals who fear they may be subjected to retaliation.

Violations of the Title IX Policy, including gender and sex-based harassment and discrimination, must be reported under Federal law. Whoever receives such reports or observes such behavior is required to report all violations. Urshan’s commitment to an environment free from discrimination and harassment calls on every member of the community to be vigilant in deterring and reporting all violations.

Reporting may pose concerns about confidentiality, the effect on the reporter or on other persons. Or a reporter may wonder whether the observed offense is serious enough to report. To assist and support the reporter, the following resources are available: the Dean of Student Services office, EVP’s office, off-campus local and state agencies, and counselors recommended by the Dean of Student Services.

Confidentiality and privacy for the reporter are valued. In working with reporters, the institution will be guided by the goals of empowering the victim and allowing the victim to retain as much control over the process as the case allows, but no Urshan employee (other than the Director of Spiritual Life/ Campus Pastor, under certain circumstances) can or may promise confidentiality over the entire course of the process. When the investigation and/or resolution process requires disclosure of certain information, Urshan will keep the reporter informed, and protected to the extent permitted by the circumstances.

Urshan will seriously investigate all complaints. However, it also recognizes that false complaints are likely to cause significant damage to the person and reputation of an individual who is wrongfully accused. Individuals found to have knowingly made false complaints will be subject to disciplinary action. A complaint that is erroneous but made in good faith will not be subject to disciplinary action.

Additional information about this policy is available upon request from the Office of the Dean of Student Services. 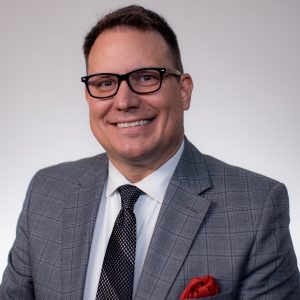 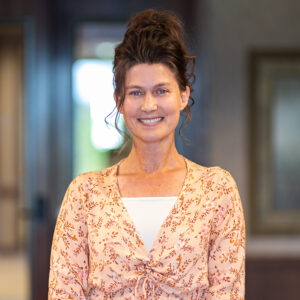